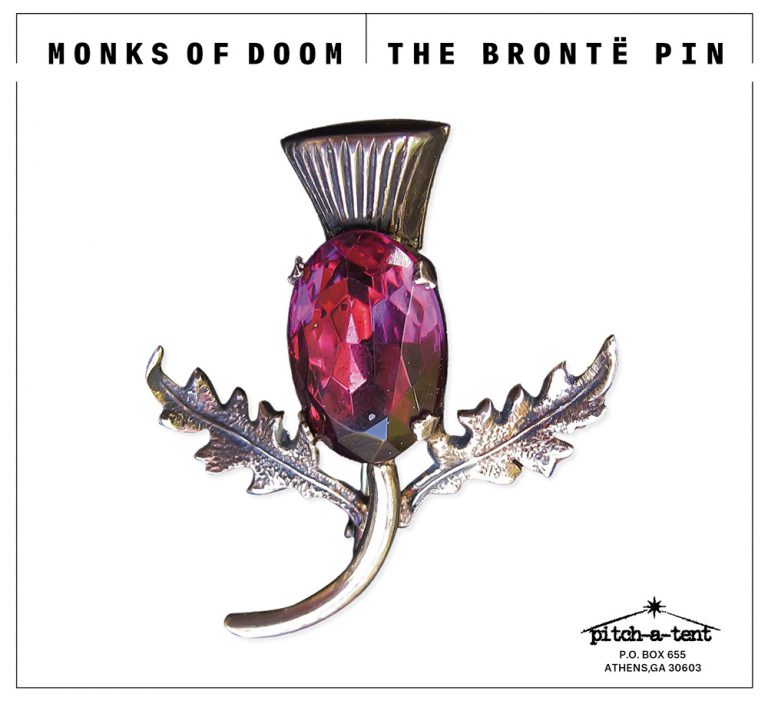 Monks of Doom: The Brönte Pin.

The first album of new material in 25 years.

David Immerglück, Victor Krummenacher, Greg Lisher, and Chris Pedersen, collectively known as Monks of Doom, release their first new album of all new material since 1993’s “Forgery” this fall on Pitch A Tent records. Recorded over a several years beginning in 2009, “The Brönte Pin” continues the Monks’ spontaneous forays into the worlds of improvised music, adventurous instrumental work, dystopian paranoia and mind melting psychedelia. Recorded and mixed by Bruce Kaphan (American Music Club, David Byrne, Chris Isaak, The Black Crowes), the album simply picked up where the Monks left off, in 2005 with their album of covers, “What’s Left For Kicks?” By measures more aggressive and more laid back than previous recordings, “The Brönte Pin” continues in the grand tradition of this exceptional yet reclusive group of musicians, melding myriad influences into a virtuosity hard to define in the world of current music: The Monks fail to fit into any particular indie rock marketing term. They remain untamed, oblique and defiant. They simply are Monks of Doom.

I’m rarely without words, but this new album has me gobsmacked. I’ve listened to nothing else since I’ve received it. Wow, wow, and wow. Thank you all so much, Chris Pedersen, Victor Krummenacher, Greg Lisher, Immy, Bruce Kaphan, and anyone else involved. Did I mention wow, wow, and more wow? The care and precision is evident in every detail, and is not lost on us. Pls continue in this vein. So grateful.
– Jeff Winner (music producer, historian & Raymond Scott Archivist.)